Happy World Post Day! Hooray! World Post Day is celebrated each year on 9 October, the anniversary of the establishment of the Universal Postal Union (UPU) in 1874 in the Swiss capital, Berne. It was declared World Post Day by the UPU Congress held in Tokyo, Japan, in 1969. So basically, it’s the official day of making mail awesome around the world! Celebrate by dropping a letter or two out to friends, or make some new ones! 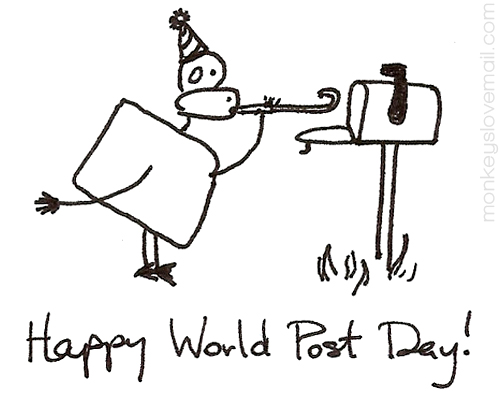 I sent a letter to Canada. Where did yours go?