Ok. So maybe it’s a casserole, but that word brings to mind so many icky things. Like, root canal. Community dinner theater. Or time-share pitch.

With that said, I actually grew up digging tuna noodle casserole – the old school version, with canned cream of mushroom soup. So, whoa. But in my old and whizz-ened years, I no longer voluntarily eat canned cream-of-anything, and my dude isn’t as into the baked tuna aspect, but this basic recipe is a total Leftovers Into Something New badass. It’s cheap. It’s super easy. And it’s totally flexible for whatever you happen to have on hand. 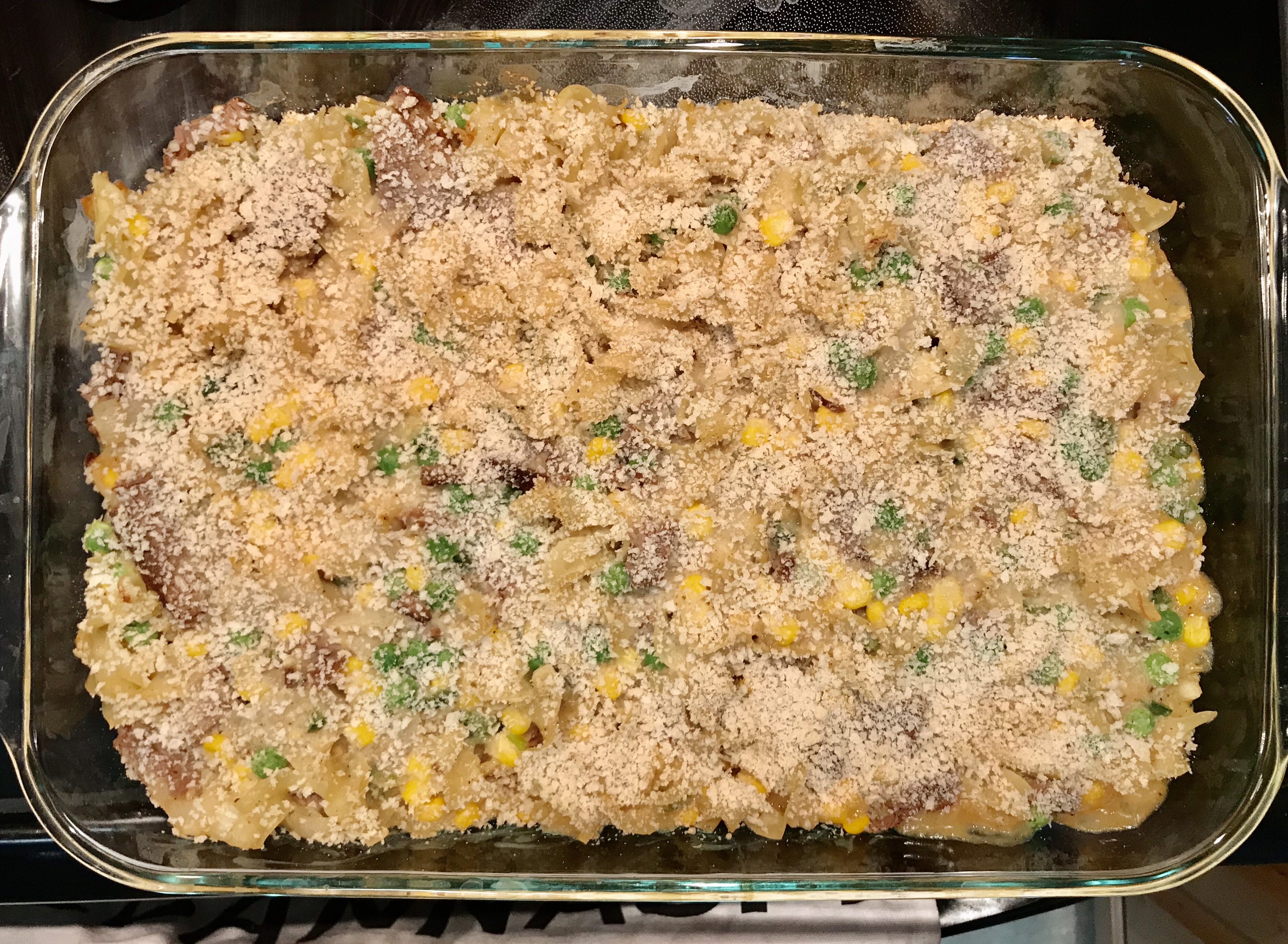 It might not be pretty, but it is damn delicious. Almost everything is substitutable and super forgiving.

Now, add it to a bowl with a piece of (leftover) garlic bread, and you’re good to go! Cheap. Easy. Delish. 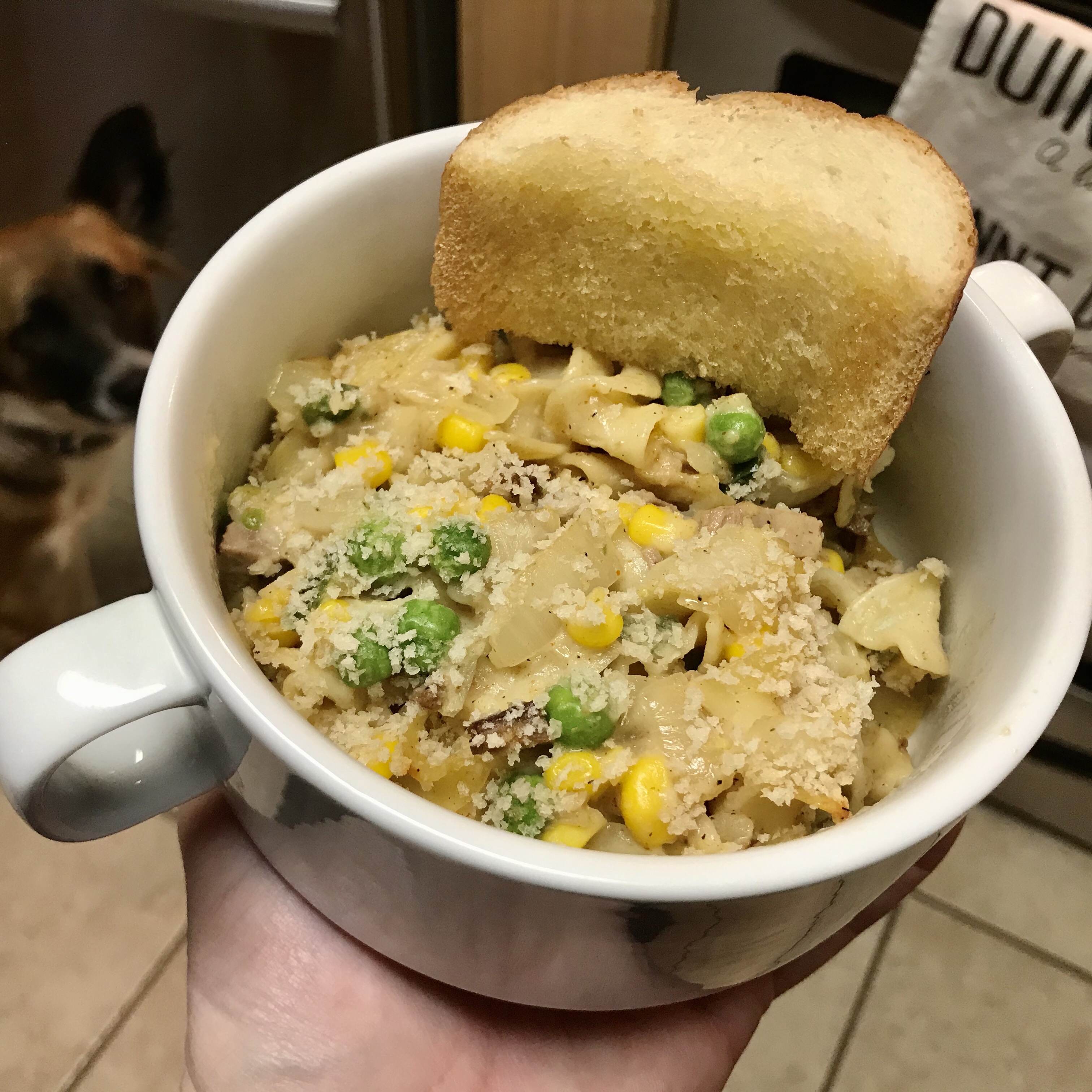