The husband and I just returned from a pretty amazing 9 days in Iceland. We packed as much into that time as possible and drove around the entire perimeter of the country as well as spent a few days in the capital city, Reykjavik. The drive was amazing and really drives home how immense the landscape is (even living in Alaska I was pretty blown away). We saw tons of sheep (they are everywhere! I mean, it. Everywhere!!) and I tried my hardest to name many of them…Millecent, Harold, Rupert, Miles, Dot, etc.

What people don’t tell you about Iceland is that most of the country smells like sulphur. I’m not saying it’s bad, but don’t expect your shower water to smell any better than a few eggs, and your silver just might turn colors. All of the thermal hot spots and sulphur fields which are constantly ‘oozing’ also give the air itself a nice “Iceland” smell. Food is also quite expensive and may or may not be worth the price. We did however fall head over heels for their hot dogs, which are cheap are run about 380 krona ($3 give or take). They are made from lamb and garnished with their version of ketchup and mustard as well as fresh and fried onions. We definitely bought these 2 at a time.

Waterfalls are everywhere (if you took a picture of each you would never be able to leave – and this is just traveling highway 1 around the island) and are amazing. We took a short hike to Svartifoss and were rewarding with a fabulous waterfall heading over some naturally occurring basalt columns. Though I was being a turd (we had a hard time working the travel/blood sugar/food thing out) it was well worth it.

One of the last stops on the Golden Circle tour (which includes a geysir and another huge multi-step waterfall) was a very cool site which most people miss: the rising edge of the North American plate. And by plate, I mean the moving tectonic plate which forms the crust of the entire globe. Wow. Mind blown. Despite a lot of wind and rain (I renamed it Windland) it was well worth it.

I have yet to process the photos taken from the actual legit camera, but will report with a link to my flickr page soon. It was a great trip and I am so glad we went (we will definitely be back!), but for now, it’s so great to be home. 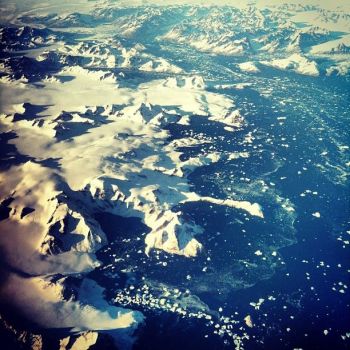 Filed under getting out